Visit to Warrensburg MO and KC

Just a shout-out here to Wayne Miller, the editors of PLEIADES magazine, and all I met during this recent reading trip to the University of  Central Missouri. The food in KC is enough on its own to justify such a journey, but my conversations with Wayne, with his charming wife Jeanne, with PLEIADES founding editor Rose Marie Kinder, with U of M/KC poet Michelle Boisseau, with UCM writing faculty members Phong Nguyen and Kate Nuernberger– all those encounters steel me in my long-held conviction that a lot, if not most, of the brains and talent in my world exist in places that certain Ivied snobs and east- or west- coast chauvinists might archly describe as the provinces.

What a lively scene I walked into out there! I am grateful beyond description.

It felt timely too to be in KC just as I was finishing KANSAS CITY LIGHTNING, Stanley Crouch's much lauded book on native son Charlie Parker. I wish I thought better of that volume myself. Crouch is obviously a learned, passionate, and very bright man; but I'm constantly put off by his --what?-- "novelistic" strategies in the account of Bird's early career. He seems able, for example, to know just how Parker's first wife, Rebecca, felt upon seeing Charlie at the beginning. He knows that she had goose bumps, and knows just what was running through her mind. Touches like this, and they abound throughout, detract from his portrayal of one of American music's most gifted,compelling, and troubled figures. One can't, or at least I can't, keep from shouting out loud: How in hell can you know that, looking back from well into the 21st century? I long to suspend disbelief, but I'm simply unable.
Posted by Sydney Lea at 5:12 PM No comments:

A while ago, the fabulously talented and bright Vermont Cartoonist Laureate James Kochalka (since succeeded by Ed Koren) collaborated with me on a book of– what? Graphic poetry? Sure, why not?

First, James drew cartoon illustrations of a poem by my hand, "Garnett and Leon in December," reproduced below. (You may have to use your Zoom command to read the text.) 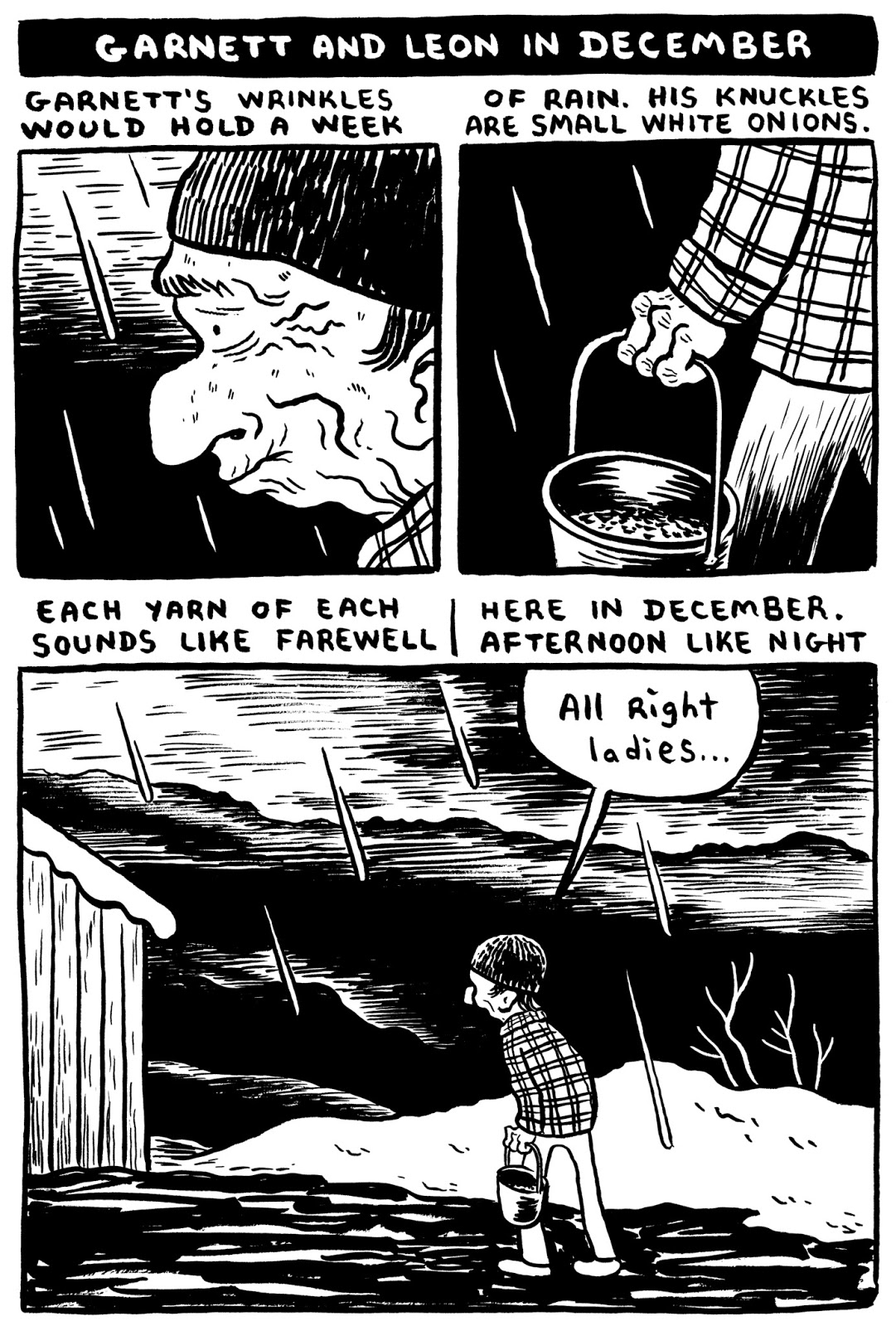 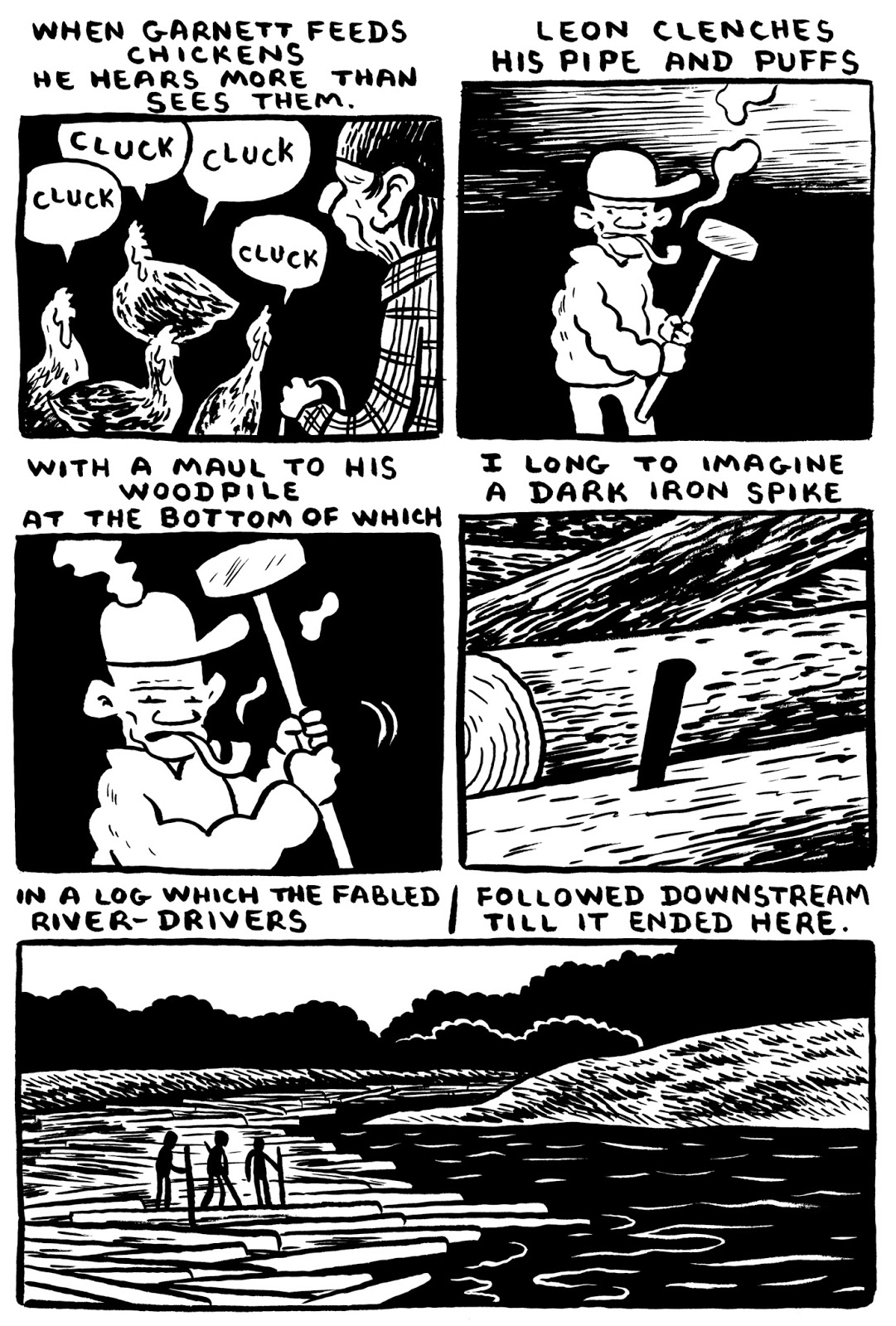 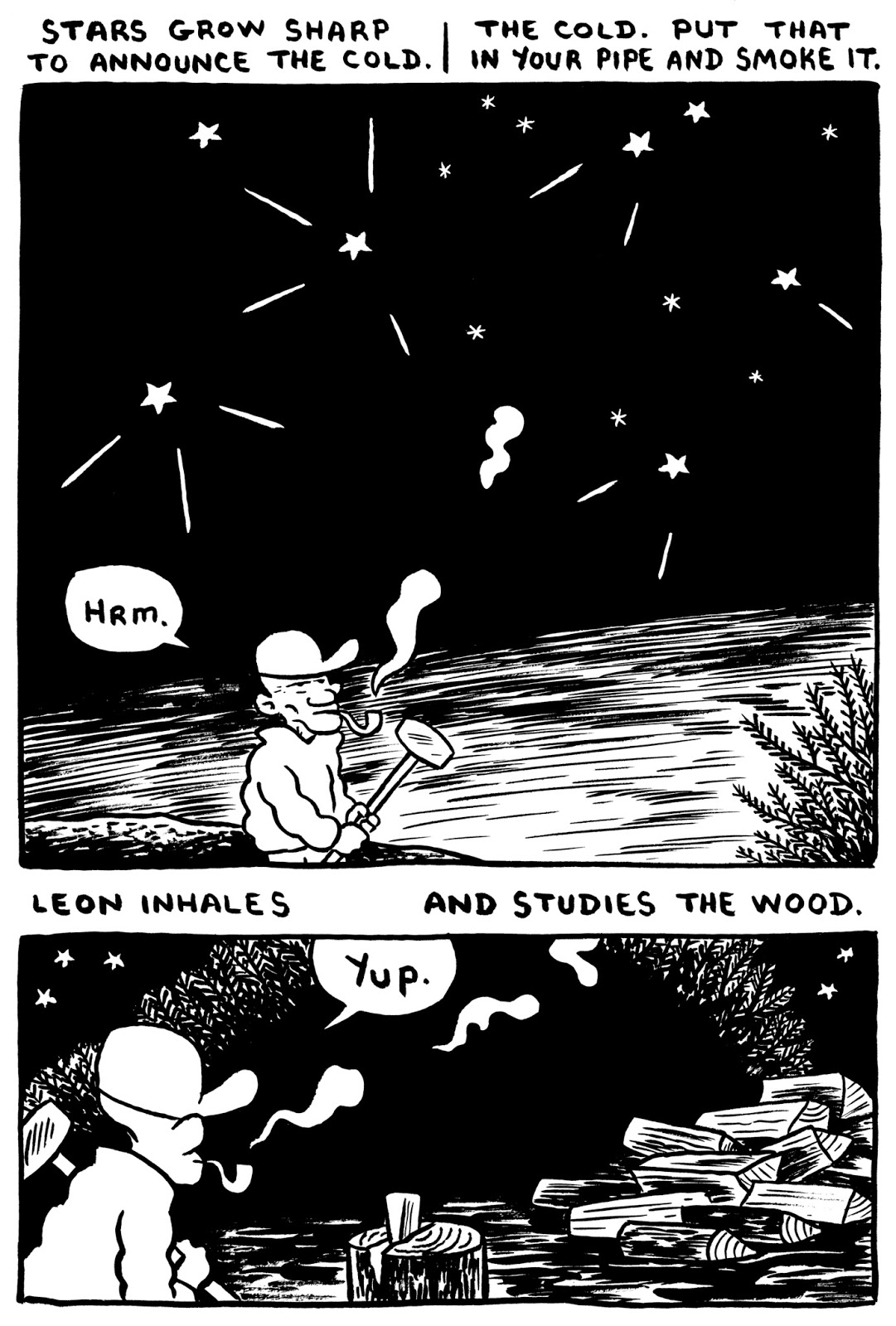 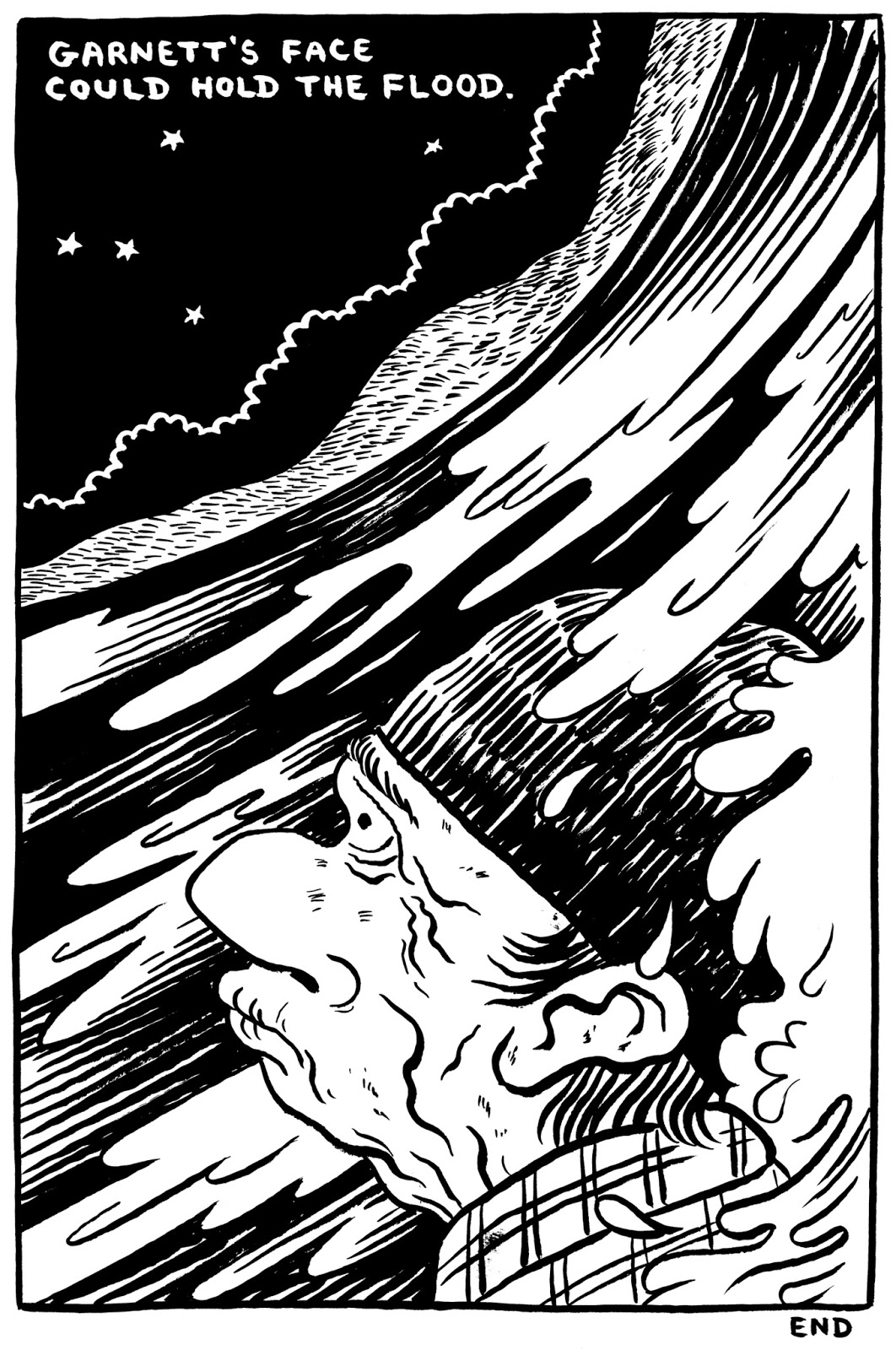 Then he sent me four uncaptioned panels, featuring a strange little character named Squiggle, and I composed a poem in response, also reproduced below. 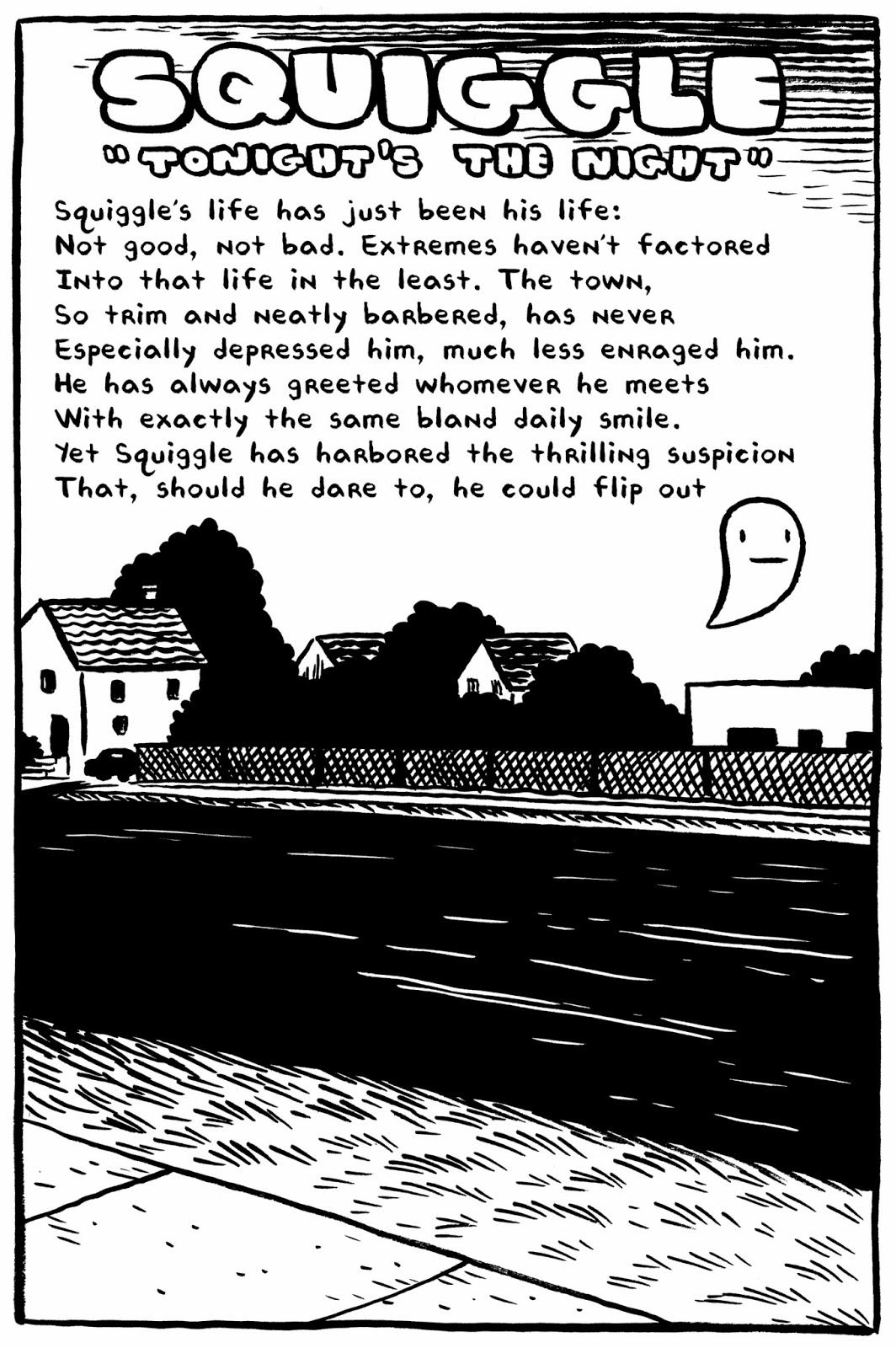 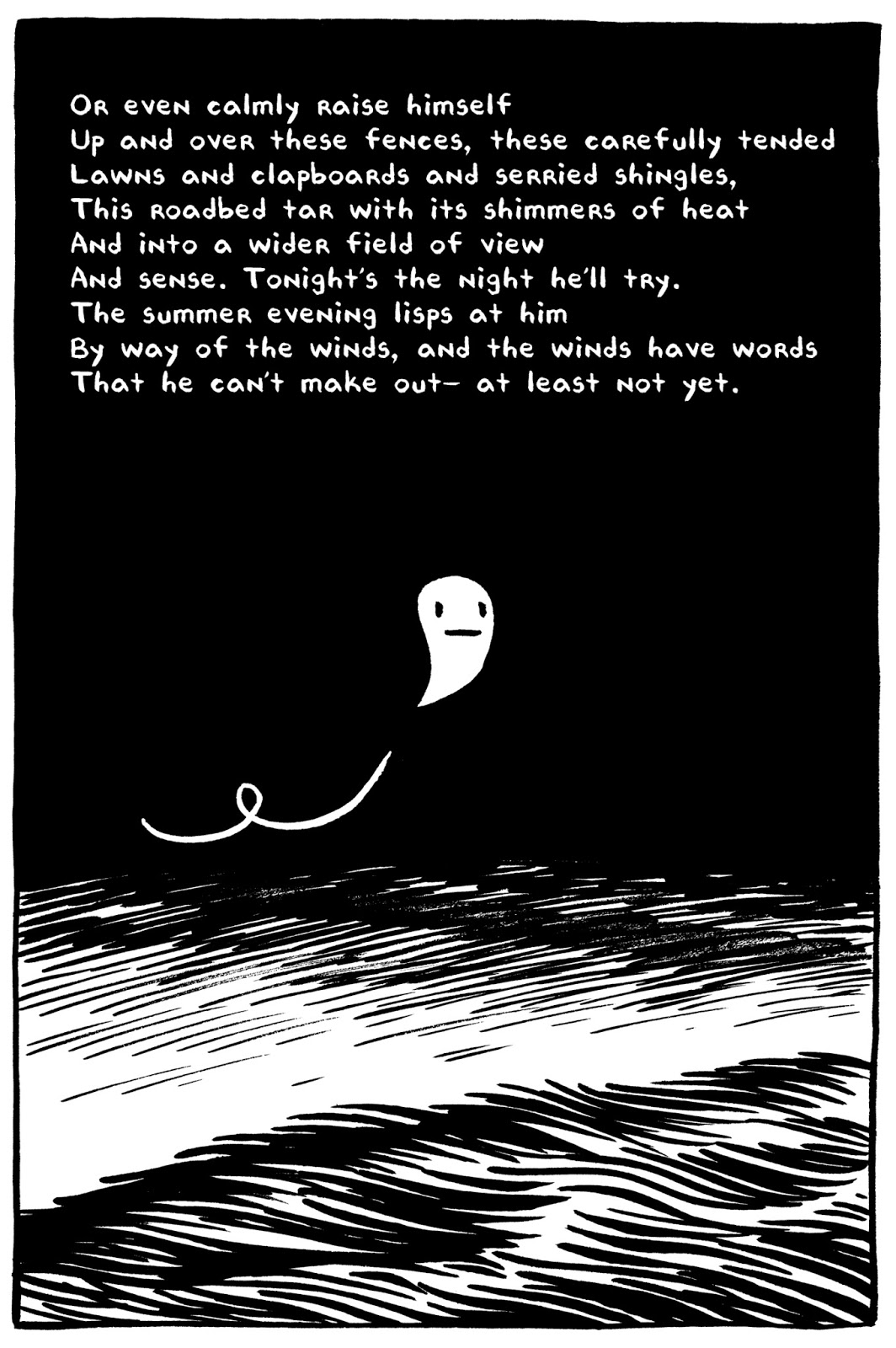 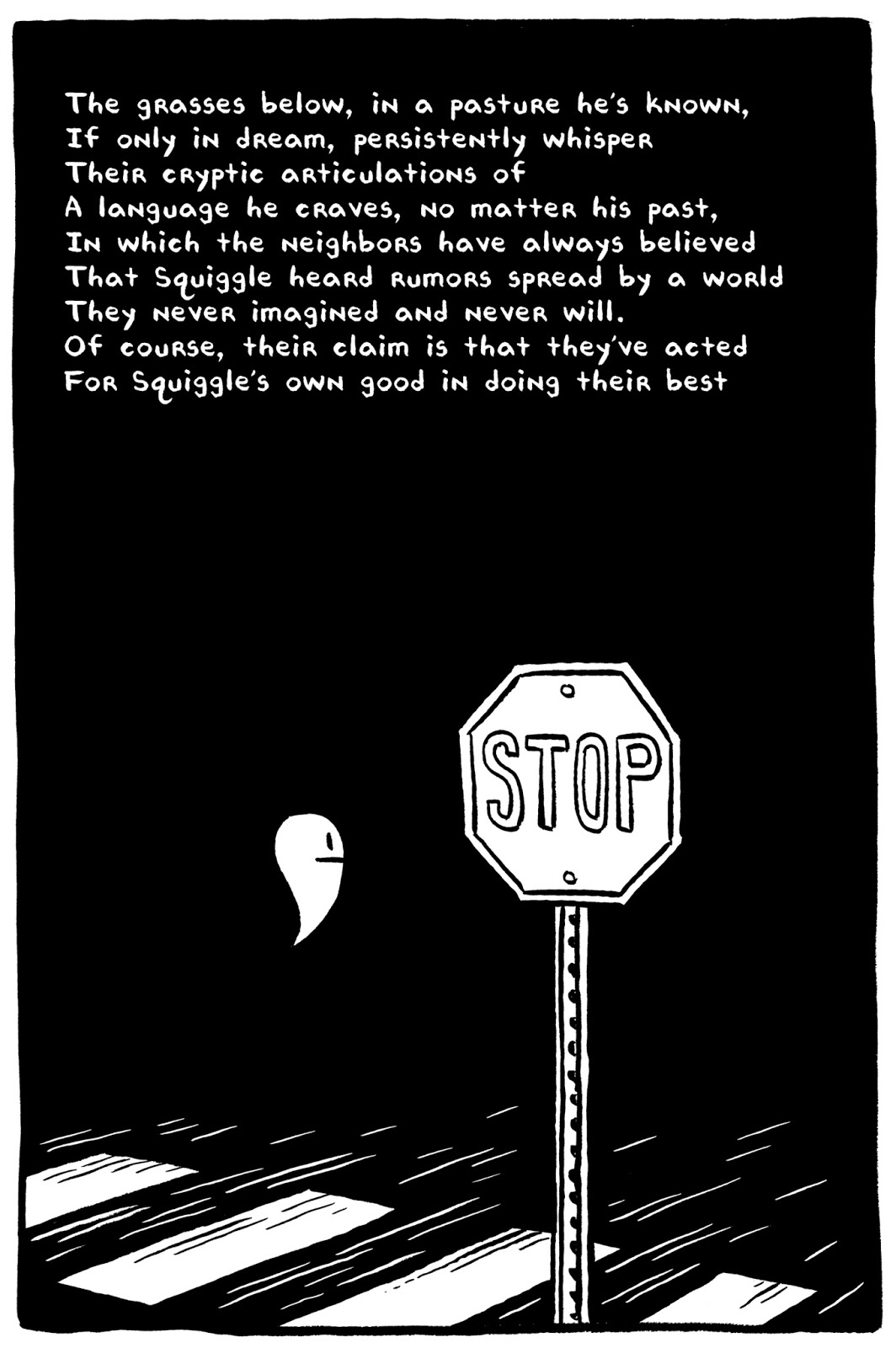 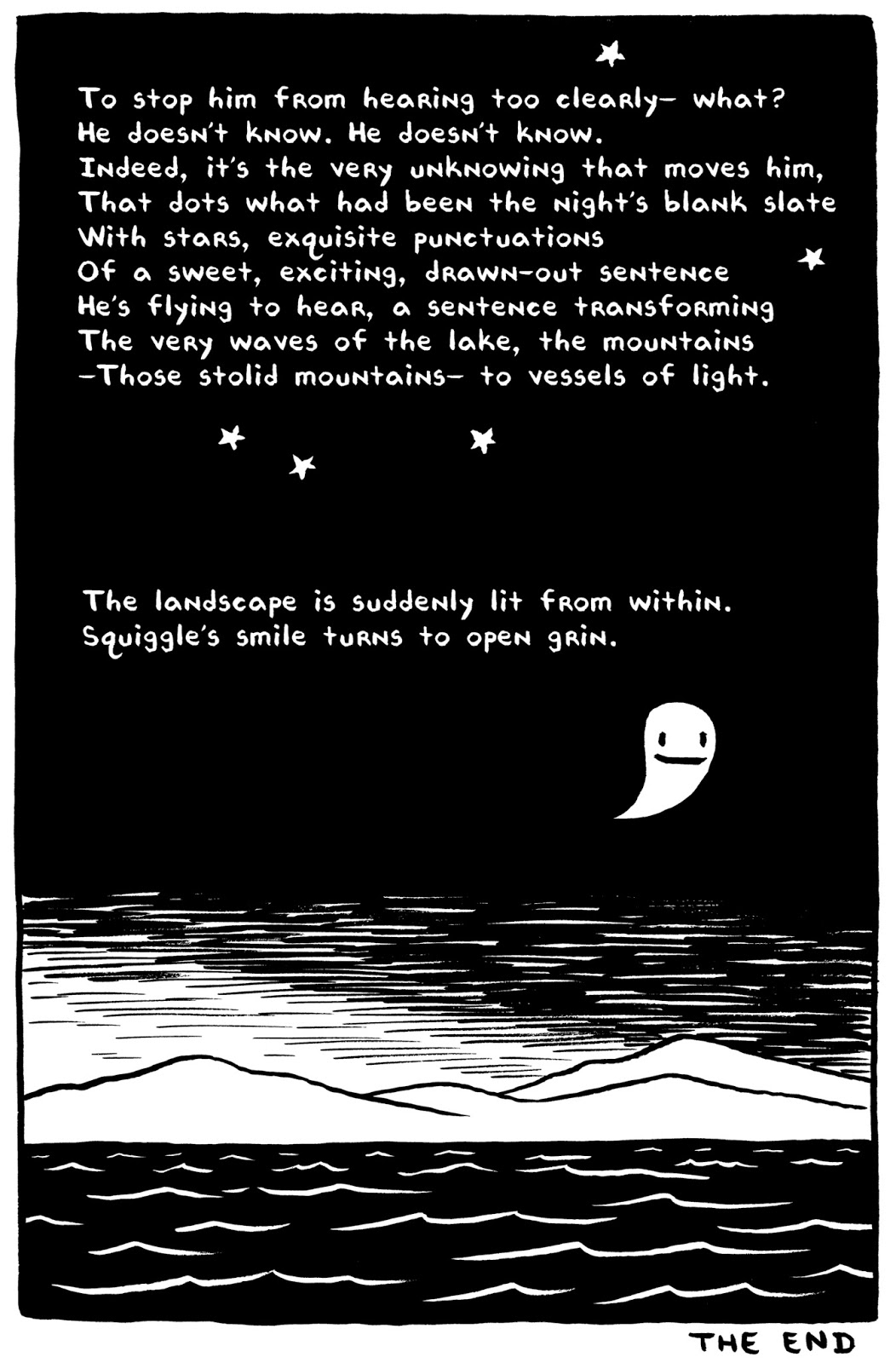 I'd never have dreamed that such a collaboration –sponsored by the Vermont Arts Council and the Vermont Center for Cartoon Studies– would eventuate. I am very glad it did!

Posted by Sydney Lea at 4:52 PM No comments: