It's been a busy spell for me: a good deal of travel and a big dose, a pleasant one to be sure, of reading and lecturing obligations. Hence the terseness of this post.

One of those recent trips took me to Canada, where I was one of six artists participating in a couple of mixed-genre events. These were arranged by the wonderful Ontario poet and essayist John B. Lee, whose works are so copious, accomplished and varied that I can't single out any one, two or three books by his hand to recommend. Google this terrific author and you won't be disappointed, whichever book may catch your fancy.

Besides John, I sat in with Marty Gervais, another more than noteworthy Canadian poet (and journalist), one whose modesty, both personal and literary, belies a huge soul and deep insight; and with longtime friend Douglas Glover, whose readings of some of his short-shorts (though he practices a number of other fictional and essayistic modes) roused the packed houses, first, in Port Dover, a wonderful and funky Lake Erie fishing town, and then, two hours to the west, in Highgate, where we performed in a beautiful old Methodist church, reclaimed as an arts center.

I must likewise mention the two musician-songwriters who rounded out the bill. Young Michael Schotte is, simply, a guitar virtuoso; check him out too. And our master of ceremonies, Ian Bell,  curator of the excellent Port Dover Maritime Museum, is also a fine instrumentalist. Ian is also author of song lyrics that are every bit as "poetic" as anything else I heard on those stages. Look him up– and prepare to be mightily impressed.

During the whole time I spent with this delightful, talented crowd (and with such warm audiences), I was embarrassed to recognize how little even I, who try as I can to stay abreast of Canadian cultural developments, really know of our northern neighbor and its substantial intellectual and artistic resources. Indeed, there is many an American who, out of nothing more than the most blatant ignorance, makes fun of Canada, as if its citizens were a throng of yahoos or bland bozos.

I hadn't intended at the start to go off on any sermon. But surely condescension without knowledge symptomizes, in fact, ignorance and close-mindedness, period. After all, mightn't we learn something, say, from the absence (at least relative to ours) of Canada's student debt? from its city, provincial and federal governments' support of the arts? from its patently superior delivery of health care (don't argue before Googling any quality-of-life index in that respect)?

Can we really find it quaint of the Canadians to value health, education and cultural life enough to pay for much of their costs out of tax money? Maybe, but Canadians apparently do not. (Never mind Canada's much lower poverty and violent crimes rates.) And, sticking with the arts of writing, never mind that probably the U.S, doesn't have a more impressive trio of fiction writers, say, than Ondaatje, Atwood and Munro.

If all this sounds a bit like a rant, forgive me.  Better simply to say that I have resolved to keep my own eye more closely on what is going on above the border, and that I think we all should, if only so as to find enjoyment in places we hadn't known about. For now, I can speak of a "discovery" I made up there, can recommend to literature-lovers the work of Don McKay, one of the most evocative and deftly honed voices I've encountered in a long, long time. He was pointed out to me by John Lee himself, and I now pass on a keen endorsement. Twice a recipient of the prestigious Governor General's award for excellence in poetry, and a man deeply versed in the natural world (which has particular appeal to me), McKay is author most recently of Strike/Slip, a superb collection that anyone attracted to this literary art will thank me for calling to his or her attention.

Don McKay's poems would be a good place for anyone to start in his or her reconsideration of Canada's cultural riches. The following short poem may serve as a teaser:

Astonished -
astounded, astonied, astunned, stopped short
and turned toward stone, the moment
filling with its slow
stratified time. Standing there, your face
cratered by its gawk,
you might be the symbol signifying eon.
What are you, empty or pregnant? Somewhere
sediments accumulate on seabeds, seabeds
rear up into mountains, ammonites
fossilize into gems. Are you thinking
or being thought? Cities
as sand dunes, epics
as e-mail. Astonished
you are famous and anonymous, the border
washed out by so soft a thing as weather. Someone
inside you steps from the forest and across the beach
toward the nameless all-dissolving ocean. 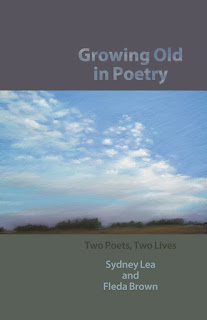